During times of high volume “cell phone traffic” (I.e. large wildfires, earthquakes, sporting events, etc…), AT&T FirstNet puts you in the front of the line to use your phone; it prioritizes your phone before other customers. I’ve had it for 2 years & it’s works REALLY well. Look at it like a 4 lane highway; FirstNet users are always in the Carpool lane. I get charged around $50/month & that includes unlimited text/talk & hot spot. The only thing is that the cell tower MUST have FirstNet technology. AT&T told me that the Western states are priority for the technology, with California as the priority due to wildfires. I know that Northern California has very few gaps in cell tower FirstNet service (including rural AT&T towers). I go out of County A LOT and service has been great. I hope this helps.

So First Net and Frontline both offer priority calls, text and data . Anything else …. They seem pretty similar so far 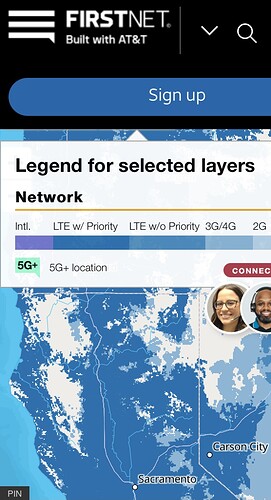 For only being out for a few years, that looks impressive. Remember, it’s not 100% coverage, as no cell phone company has 100% cell coverage. Just trying to help out with my experience. Cheers & Merry Christmas to all 1st Responders. Stay safe.

It may be impressive for a start , but why is everyone so quick to jump over to First net when Verizon frontline still has better coverage ? I think it’s because Firstnet has better marketing strategies.

Also remember some of those locations on rural norcal have zero cell service regardless of carrier, because there’s maybe one or zero humans per square mile. Those white areas of no coverage are my vacation spots, because I know the world can’t find me there.

Two unspoken (so far here) benefits of FirstNet over Verizon:

I was in Quincy in middle of Dixie working on comms and had solid First Net in the entire valley, from one end of town (sheriff dispatch) to the EOC past the airport, before they put a FirstNet COLT at the EOC incase the fixed infrastructure failed. The Verizon tech mentioned they had one tower for the entire area and he said (can’t remember exact number) all 1600 (6000?) available “channels” on the tower that can process text, voice, data were continuously full except for a small window around 2-5am. That’s what happens when an entire fire camp gets placed under the tower haha.

I’m not a big data user, all I really care about is the monthly cost (i.e. unlimited data doesn’t do anything for me). ATT is making me change my phone because I have an unlocked S8. An ATT S8 will work fine

. If I get their swap I can get a new S21 but am stuck with them for 2 years to get it for free

plus it becomes a locked phone

I can get the cost for first net and the normal ATT first responder discount online, but I am unable to get Verizon plan cost w/discount. Anybody have the numbers.

Why pay high rates for any cell coverage. I switched to Pure Talk mid summer, pay $52 month unlimited text, talk and data. Plus I got great coverage everywhere.

FYI, they contract to use all the major carriers towers. 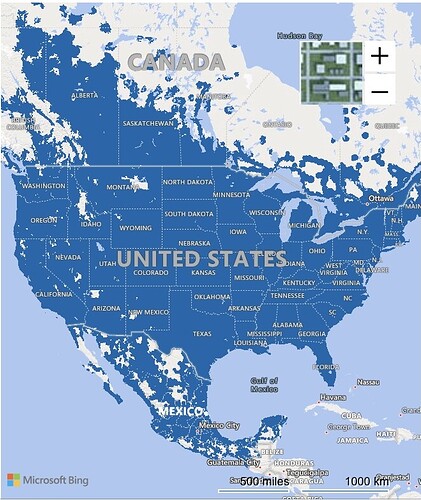 Regarding firstnet, they are imbedded with FEMA and State, so they are deployed as soon as the incidents are esculated to those agencies, sooner if requested by any agency. They are required by contract to have service up and running in 24hrs or less. They have numerous typical options to provide these services staged all around the country. They can drop portable towers (self contained power, cell with extendable antenna with a drone holding it up) via helicopters. ATT store employees don’t really know firstnet. You need to contact a firstnet area rep. for all the services they provide.

This might be something that a lot of responders might not know. I have an iPhone 12 that has both Verizon service and FirstNet. The newer iPhones have the capability to have multiple services on the same phone. The trick is to have a FirstNet SIM card in the phone, and then have your other carrier, in my case Verizon, assign a digital sim to the same phone. 2 separate phone numbers, 1 phone.

I’m on a Fed IMT and it worked well for me all summer long. When I was in areas that had a strong Verizon signal I forwarded the FirstNet number to the Verizon number, and then did the reverse if I was in an area that had a stronger ATT or FIrstNet signal. Not sure if other brands of phones have that capability.

My biggest hang up with FirstNet is the kind of sales pitch that band 14 towers are everywhere. You are on the ATT network depending on where you are a lot of the time. I know its getting there but its not all that the advertising says. I know one day it may get there.

Yes it does. Makes it easier for tax write off purposes.

Don’t get me wrong, I am a Verizon fan first. Their coverage, in my opinion, is superior to AT&T. But, I have been at several fires where there was no coverage at all and AT&T/FirstNet was the 1st to arrive and provide service with a COW (Cell On Wheels). The problem was that unless you were an AT&T or FirstNet customer you were unable to access or use the data side of the service. Thus, I went to the 2 services on one phone configuration.

I have noticed that FirstNet has greatly expanded their coverage with the 5G roll out.