Another new fire in KNF. This is reported in the Kelsey Creek area. IC reporting 10 acres Timber with a MROS. Ordered some type 3 ST’s and Handcrews for tomorrow.

Watch Duty has it 1/2 mile SW of River Rd. and Kelsey Creek Rd.

New Fire Information
The Kelsey Creek fire, just S of Kelsey TH
Approximately 10-15 ac
The fire activity has increased and evacuation ORDERS were issued for zones 1233,1316, and 2001 Resources are on scene, more are on order

The Kelsey Creek Fire, just south of Kelsey Creek TH, is continuing to move toward cabins in the area. Resources continue to arrive at the incident, and CAL FIRE Siskiyou Unit is assisting. Aircraft is on scene.
Please monitor community.zonehaven.com/?latlon=41.617… for evacuation information.

10 acres with no containment 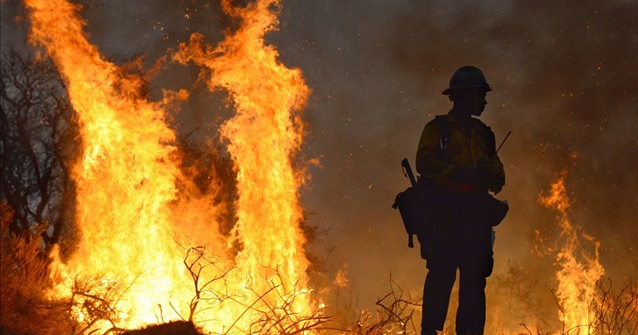 I was there at the Kelsey GS in 1987 on the Kelsey Complex for 28 days assigned Ground Support Unit Leader. Heavy smoke inversion and cold days caused all deciduous to turn and drop leaves.

20th Anniversary of Fire Siege ’87 The above photos of Happy Camp during the ’87 fires are by Jim Waddell and Kerry Waddell respectively. Thank you for sharing the photos with Happy Camp News readers! Just two days before Labor Day, 1987, after a...

Thanks for making me feel old. I was there 35 years ago with my first of many pics of Sasquatch.

My dad was there, but I was only 7

Saw it running by road up there 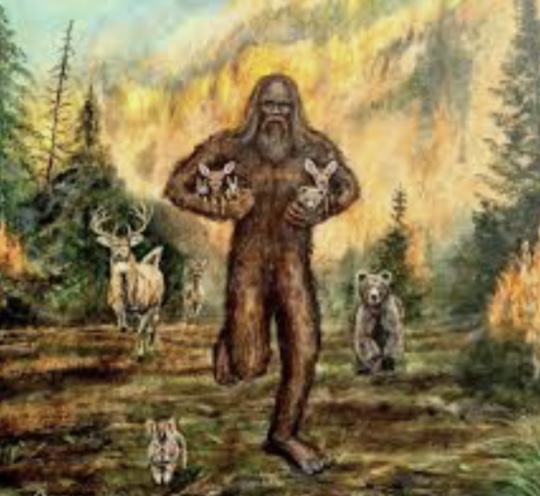 I was there. Started out in Seiad Valley. Ended at Happy Camp. Twice the kitchen at Seiad served steak and lobster and both times our strike team didn’t got back to camp off the line in time. The kitchen ran out.

Klamath Krud was bad. Under the imversion, the smoke mixed with the fog so bad you couldn’t see your hand in front of your face in the morning. Got deep in the lungs. Back home the whole strike team was diagnosed with pneumonia. Lungs were never the same. After that, I refused every single resource assignment I got anywhere on the Klamath.

The visibility was so bad, to get to breakfast we walked from sleeping area to the kitchen by following the glow of smudge pots, one to the next with our hands stretched out in front so we wouldn’t walk into something. Must have looked like zombies coming out of the fog. Every day was up at 05 to roll at 07 but we couldnt see to drive until about 10. Chow lines were real back then. We had no showers. All shower vendors were assigned on other fires. Nat Guard showers showed up after a week but had a broken thermostat for the burner. Steam was coming out of the shower heads. Repaired the next day. The shower water was pumped right out of the river. The campground next to base camp had a single shower for 50 cents but the line was insane. Same for the line for the one landline phone provided to call home.

Ah, the good old days of true forestry firefighting. My “red bag” (not too many folks had that luxury) was an aluminum framed backpack. Also had an aluminum MSA helmet and Georgia boots. Miss those days.

Yep, the Kelsey Camp had a CDF Kitchen crew setup that served even hot soup and grilled cheese sandwiches for those there during the day. National Guard crew was fishing in the Scott Bar river catching 10 nice 3-5 lb salmon. The CDC kitchen crew cleaned all those salmon, then served hot off grill with all the trimmings to those who wanted some. Was delicious and a treat, and good thing Fish and Game didn’t come by?

Yeah it was the spawning season. Saw a guy just reach in and pull one out with his hand. Holding it by the gills at his waist, the whole tail was dragging ground.

Funny thing, we were told the same by the Vietnam Era firefighters when I started in '87…lol