They are back at it again today.
https://www.alertwildfire.org/region/sierra/?camera=Axis-Deadwood

Working around what the River didn’t do 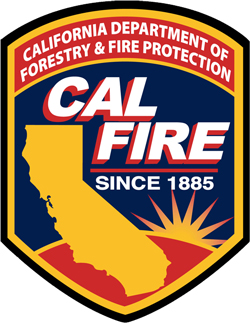 Two things, first let’s remember that RX burns are set up a very long time in advance, so winding them down is not as easy as it seems. The burn managers in charge are always evaluating the risk vs. reward values to ensure that proper precautions are taken. What those steps taken on this plot, the majority of us do not know. However, there is always rightful concerns over keeping enough IA personnel in place to cover anything outside of this activity. Let’s not 2nd guess the decisions being made here and look for the positives to be achieved.

Secondly, the conversation has to remain civil. We have commented a number of times over the past several weeks that we are not going to tolerate uncivil discourse this season. Uncivil discourse will be deleted. And no, we are not trying to suppress your speech, just working to ensure this forum is civil even if you disagree with a post or another person’s view.

Looks like they black lined it yesterday and finished it off today. Fuels cure at different rates and elevations depending where u are located in this state. Right now from Sonora area and up the grass is still hanging on to a little bit of green under the oaks in places. Some places North and NE aspect are trying to hold on. After this heat all will go fast. I hope it was a good burn for them, it looked good on webcam. Plus it’s a great tool and helps with training and experience for the troops.

Ignition was over by the time the complaint department started receiving calls from Karen. Very Successful. 315 acres
Side note… heroes all summer long while fighting to put them out, Zeroes all winter long while navigating property lines, packing crews through neighborhoods and trying to get some paperwork signed to create fire breaks. I do think the PIO department should be more active with public information and having an active green dot on the FB profile when doing these RXs.
It bet it would cut the 911s in half at least.
Seems like most units have an active FB page & that’s where the complaints are posted and followed up with comments.
Cheers.

I’m gonna chime in here for a few points.

#1 there was out of unit resources brought in for coverage so MMU could pull most of its resources up the hill and be a part of the burn.

#2 conditions were favorable during the burn for maximum consumption while fuel type offered the the least amount of risk due to spotting, as well as extensive planning.

If we continue to spend larger budget on Rx burns by bringing on more personnel to ensure higher probability of success, than we can get more done and address areas of higher risk early before peak fire season.

Think of it this way… how many successful burn ops have you been on during campaign fires during the peak of summer? Now the reason why they work is the large amount of resources assigned mixed with favorable winds/ topography however, they are done during peak fire season alot of times.

I believe if we spend more when we take risks for Rx the reward will be worth it. What is not conducive to the forest and our time is conducting burns in conditions that won’t achieve proper consumption/ results or conducting burns without the proper amount of resources.

All that being said there is always risk so just be prepared to take responsibility because integrity is becoming less of a required trait in this agency and passing blame and finger pointing seems to be multiplying along with safe spaces.

I think its entirely proper for anyone on this board to question the wisdom of conducting a VTP burn in these conditions.

My name is Royal Burnett. I am a retired BC from SHU…in the course of my career I completed more than 50 CMP and VMP project burns and I never bothered to count the number of Range Improvement burns I conducted. I have burned tens of thousands of acres in Shasta County, mostly during July and August… from 1978 through 1993.

The public in California has been been subjected to some horrific fire seasons in the last 10 years. The media has told them climate change and fuel loading has made fires impossible to stop. The public sees the news footage from New Mexico and its public knowledge that the Hermit/Calf fires were the result of USFS Rx fire. The public and California firemen have every right to question why CalFire would do conduct a standing brush burn when we just had a 3 day Red Flag event in Northern California.

Contributors have mentioned that the Unit had adequate resources to hold the line…I don’t doubt that…but what about 2 weeks from now? Is the Unit going to perform 100% mopup? Anything can go wrong and we ( CalFire /The Fire Service) can’t afford the black eye that another escape will cause.

The public will tell you that “All those control burns get away”… they’re wrong, but the one that does escape gets plenty of attention.

Someone mentioned the fuels…The ERC’s ( Energy Release Component ) in PSA SC03 (South Sierra) is running above its historical average… the 1000 hours fuels are at 13%…not critical yet, but dry enough to sustain a spot fire. If we were not in a thousand year drought it would logical to burn…but we are in there and the public knows it. We tell them its too dangerous to mow your lawn and we light 300 acres on fire in the middle of the day ?

The USFS just issued an Nationwide 90 day pause on all prescribed fire… if this burn had escaped how would that look to the public ?

Risk vs Reward…the Risk is huge…and escape would be a nationwide black eye and loss of trust and respect of neighbors and the rest of Californians.

Our Governor has put CalFire in a precarious situation. He has pledged that we will treat 500,000 acres a year. That’s an impossible task… but Unit Managers are being pushed to produce black acres.

I’m not against burning…I’m against irresponsible burning. Until this drought lifts we should closely examine the need for any broadcast or landscape scale ( 1,000 acres plus) burns. We should utilize other methods to minimize risk…like mechanical removal, anchor chain and burn in the off season , hand stack and pile or chipping and biomass.

Burning is the least efficient method of brush removal and will require repeat entries every 3 to 5 years depending on site and brush type.

I hope the Chief finds the strength to suspend all Rx fire from the CalFire program before we suffer disastrous escape.

There’s alot of truths in your statement but also some half truths and your purposefully stating that the rewards can only be small to minimize the possible good that can come off of the burn in order to substantiate your claims.

Last year the area near this one was burned RX and a month later we had a 10,000 acre fire that was almost caught in the early stage because the head fire nearly ran into the footprint of the Rx.

Now imagine next time it does aid in the suppression of a potentially large fire not to mention forests have the necessity for fire in intervals based on their fuel characteristics, just hoping fires don’t start in bad areas and trying to hammer everything that starts and hope for the best doesn’t work and that’s not debatable.

We have to accept that we are going to take black eyes and keep pushing forward, now I’m not saying let’s fire off every week! However to someone else’s point the planning, time, and funding going into these things cannot just be called off because it’s hot out, obviously there’s a tipping point but I don’t think we’re close to there yet and if we cannot secure a 300 acre line in grass oak woodland in a week’s time we have worse problems than the weather.

My previous post was deleted so it’s not here for everyone to see. I never said that anyone should not question policies! Absolutely we should try to find the best way forward in reducing the threat from wild fire.

I felt like questions were being cast into the discussion here to raise fear with the public regarding burning when the poster knew where to find the answers to their questions.

If we really want an informed discussion about whether a burn should or should not happen it should be based on facts specific to the burn being done, not generalized fear mongering.

Many times a weather zone will get a red flag warning even though the whole zone will not experience red flag conditions. It’s just a nuance of the way the weather zones are set up.

I’ll admit I didn’t I didn’t phrase my reply in the most PC way. Hand crew work has made me simple and to the point with not much room for BS. I did suggest places where information could be found regarding the burn in question. I felt like the original posters are very experienced and should have known where to find the information to bring it into the discussion for an informed dialog.

Most burn prescriptions occur on the shoulders of fire season because that’s when we get favorable results! We have red flag events happen in Jan, Feb and such but we don’t usually prescribe burn in winter months because we won’t get effective burns. Even the retired chief said his many burns occurred in July and August!

Thank you all for your knowledge and input! I’d say be safe, but this is not a safe job. Do everything you can to mitigate danger and do your job to the best of your abilities!

Well, it’s early in the Fire Season. It won’t be long until we find another horse to beat on. A lot of pressures on these Folks! What really matters is all be SAFE, come home when the shift is done and treat each other well.