I’m curious to what the fuels are looking like up and down the state in your areas. So Cal got a late season storm a few weeks back that dumped 6+ inches of rain. It produced another grass crop on top of the one that never burned last year. With the recent warming trend the past 14 days, the grass is turning nicely. Still a few weeks out for any light IA.

The Alert Wildfire cameras are an interesting way to get a feeling for what is going on with the drying of the fine fuels. I had a breeze through the cameras yesterday. Just as you say Flapjack, SoCal looks considerably greener than many places in the north. And indeed, there have been a few grass fires showing up over the last two weeks. 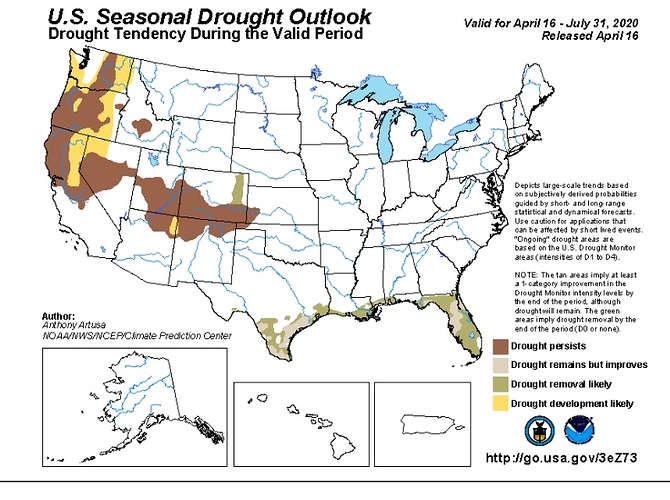 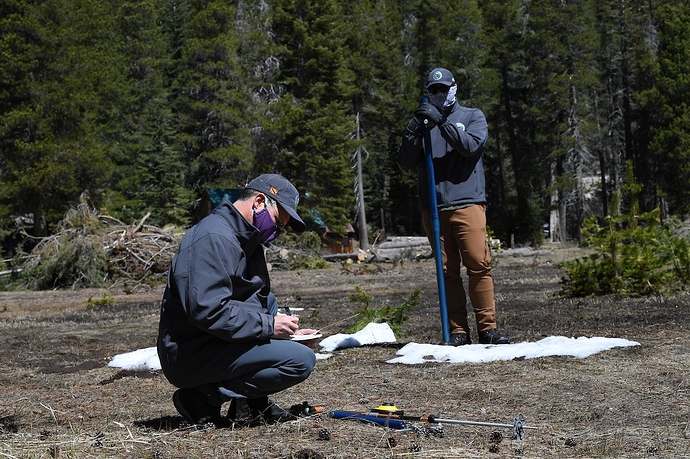 snow.jpg1200×800 300 KB
- Department of Water Resources conducted its final snow survey of the water year at Tahoe’s Phillips Station and the results provided a depressing outlook to the state’s water prospects for the immediate future. The survey recorded 1.5 inches of snow depth and a snow water equivalent of 0.5 inches, which is 3 percent of the May average for this location.

While the snowpack in Tahoe is paltry, the statewide outlook is a little better at 37 percent of the May average.

“March and April storms brought needed snow to the Sierras, with the snowpack reaching its peak on April 9, however those gains were not nearly enough to offset a very dry January and February,” “The last two weeks have seen increased temperatures leading to a rapid reduction of the snowpack. Snowmelt runoff into the reservoirs is forecasted to be below average.”

The northern 1/2 of the state is dry and the northern 1/3 is really dry. FM in the brush in some areas are running around 92% and dropping- 80 being critical.
There are escaped controlled burns almost everyday in the foothills above 2500 feet- the timber litter is burning.
Grass is beginning to cure below 1000 feet, and this weeks heat should kick off the grass crop below 2000 feet.
In many areas the Manzanita already flowered. In my neck of the woods at 2100 feet-the Buckeye is starting to flower. It usually drops its leaves on a normal year around the 4th of July or a week or so after. In 2008 it did it on Memorial day- we know what happened then…
Most fuel moisture readings are suggesting that things are 5-6 weeks ahead of schedule- so we will see. Watch the Buckeye and the Poison Oak… those are your visual indicators…

Here is the National Fuel Moisture Database website to see all the different sites that track fuel moistures.

Been keeping bees in Ione and Placerville for last few months with plenty of grass and vegetation growth. Decent honey crop and heavy rains in March and April in Placerville has made for some very tall grass. A storm in late March along Highway 88 blew down a lot of branches on previously treated prescribed fire from about 4,000 feet to 6500 along the 88 corridor where the highway follows the ridge. It is all so green and beautiful on the 88, 49, and 50 between Jackson and Placerville as of now, but when it drys out there is a heavy fuel load.