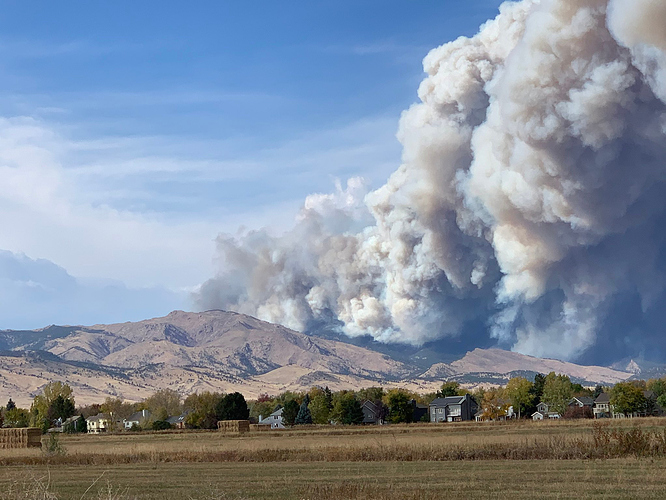 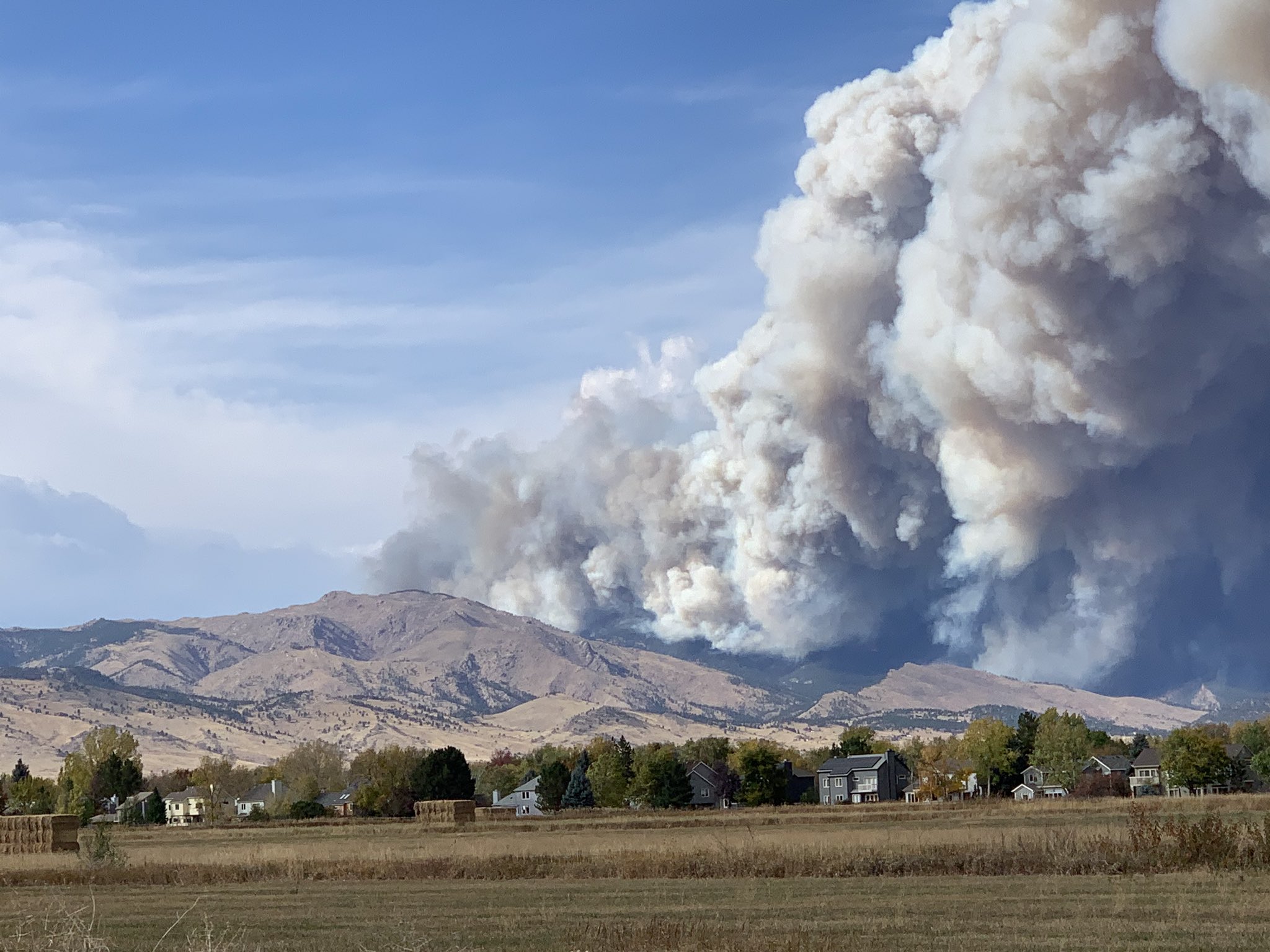 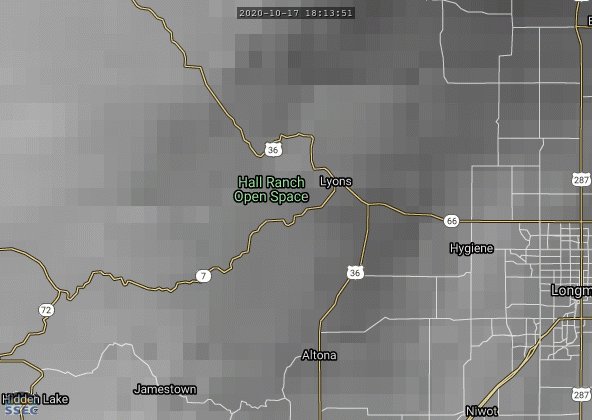 The growth of the #CalwoodFire has been incredible since the fire began around 12:30 PM MST. IC reports the fire is already several thousand acres. #cowx #cofire https://t.co/2iLfYqJNs0
2 Likes
anvilhead October 17, 2020, 9:23pm #3

Per traffic on the Cameron Peak fire, this fire is moving due east towards Hygiene/Lyons/Longmont. They were worried about evacuation routes south of Highway 34 being cut off and the Highway 36 corridor out of Estes Park being impacted. Alternate evacuation routes over Trailridge Road over the Continental Divide through Rocky Mountain NP is not an option for Estes Park due to ice and wind. This fire could also impact Estes Park if it gets any northward movement on it, leaving the town of Estes between Cal-Wood and Cameron Peak with no safe evac routes.

This link seems to have a little more fire related traffic vs law.

Live video from a storm chaser:

There is some speculation that this fire was started by long range spotting from the East Troublesome fire- which would have been about a 30 mile spot. I assumed it was most likely human caused as they had just lifted fire bans in most counties at the beginning of October (which I also thought was not the right call given our fuel conditions, prevalence of Chinook Wind events in the fall and increased number of people out on public lands during the pandemic). Given the size and amount of burned material I have found on my car/yard here in Ft Collins during blowups of both the Cameron Peak and East Troublesome fires this year…I would not put it out of the realm of possibility.

Calwood is currently at 10,106 acres, 76% containment and saw minimal increase if fire behavior with the wind event yesterday.

Could have been lightning from the pyro too, that happened twice during the creek fire outside of cascadel woods which wasn’t under the plume but people heard thunder and the bullfrog fire was discovered after another pyro cb event on September 9th and lightning was observed in the area by satellite.

I do not think lightning or thunder was reported or observed in the area, nor did I ever hear/see anything like that during any of the blowups we had…but very interesting.