Lots of resources being requested. Structures are threatened. Winds out of the north. 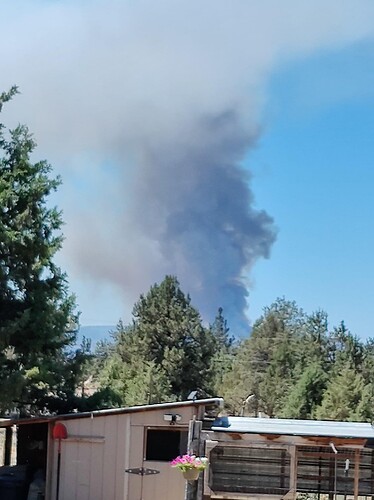 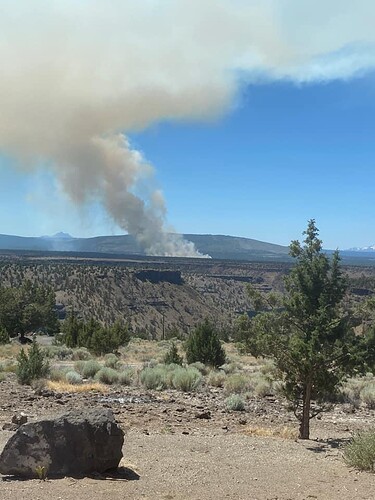 A smoke plume visible from Sisters is from an emerging incident in the Geneva area, roughly 18 miles the northeast of town. According to Central Oregon Fire Information, fire is burning on Crooked River National Grassland. Engines are enroute, as well as three single-engine air tankers; a Type 3 helicopter and two air tankers have been ordered.

Units setting up on singing view ranch. For structure protection. South of the fire. 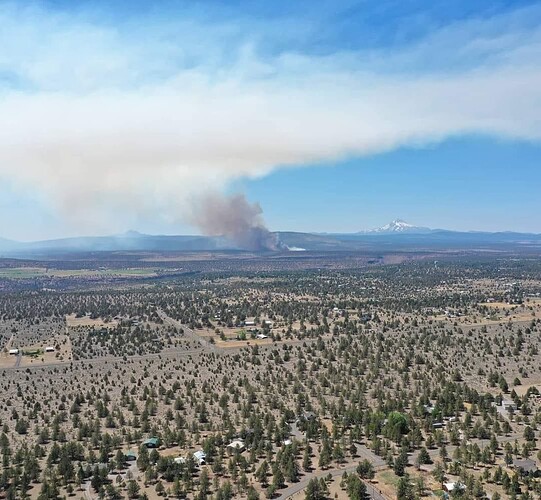 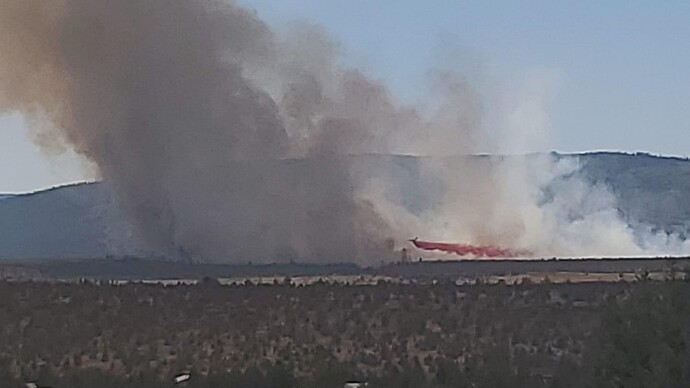 Properties along Geneva Rd and Tye Flat are under a level 3 evacuation order and residents have already been contacted. Maps are being created and will be sent once established with closure info. Wilt Rd and Geneva Rd between Sisters and 3 Rivers is closed. CRR, 3 Rivers, Camp Sherman, and Cove State Park are not under any evacuation order and are open.

Fire reported at being 60 acres and two planes dropping fire retardant (one can be seen in this picture) and one helicopter plus 40 firefighters are all on scene.

3 LATS launched from Washington en route to the incident 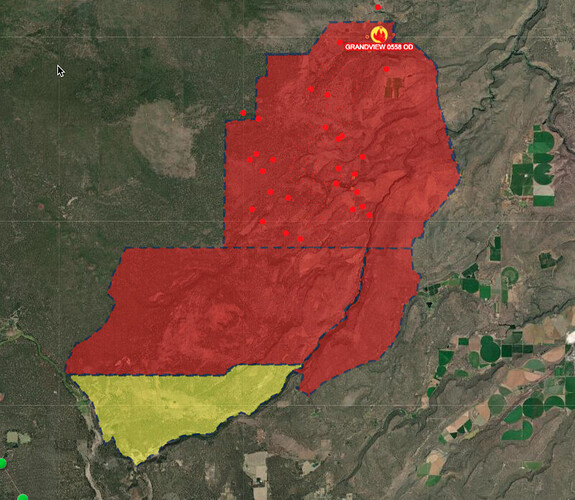 Mapping at closer to 2,000 acres as of this morning

ODF Incident Management Team 3 is taking command of fire operations. As of now, the fire is estimated at over 4,000 acres per Jefferson County Sheriffs Office 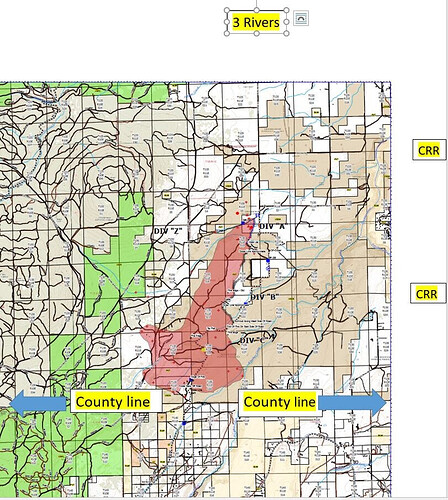 Benton, Lane and Linn counties task forces have been demobilized from Jack and are being reassigned to the Grandview Incident.

There is now a Level 3 (Go Now!) Evacuation Notice for all homes north of Holmes Road. 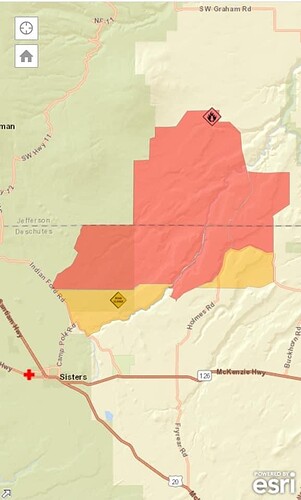 Governor Kate Brown enacted the Conflagration Act yesterday afternoon allowing additional resources throughout the state to mobilize to the Grandview Fire. The Oregon State Fire Marshal Office mobilized task forces from Marion, Yamhill, Linn, Benton, Lane, Umatilla and Columbia County in addition to a hand crew out of Clackamas County to protect the 421 homes that are under threat from the Grandview Fire. The arrival of these resources will build on the tremendous work that local firefighters accomplished the last two days and allow them to be ready for new fires and other emergency calls for service within their fire district.
Persistent winds from the north and east have pushed the fire to the southwest into Stevens Canyon. While much of the east side of the fire is lined, there are a few areas of concern along Whychus Creek. Firefighters have been holding the fire west of Whychus Creek, while picking up small spot fires that have crossed over. Despite the active fire behavior, fire crews and aircraft are having success throughout much of the fire area. Much of the east and south portions of the fire, that pose the most threat to populated areas, have containment lines in place. Crews will continue to tie a few areas together and strengthen the edges through mop-up operations.

Red Cross has set up a temporary evacuation shelter at Sisters Middle School. The Deschutes County Fairgrounds is accepting animals. For the Pet Evacuation Team, call 541-610-6628. Please follow the Deschutes and Jefferson County Sheriff’s office at https://sheriff.deschutes.org/ or https://www.jeffco.net/sheriffdeschutescountysheriff.