The sign, which reads, “USFS Firefighter Brent M Witham Memorial Highway,” was placed along Highway 38 on Wednesday, according to Witham’s friend Nick Litt.

Witham was part of a hotshot crew with the United States Forest Service. The crews either hike or are dropped into remote areas to carve out fire breaks during a wildfire. Members of hotshot crews usually are sent in with only the equipment they can carry. Witham was a sawyer, someone who cuts down trees.

He died within minutes when a tree he was cutting down struck him. He was 29 years old
Witham was close to his family and held a strong faith, said Litt, 34, also of Mentone.

“To me, Brent was always someone who wanted to do the right thing for the right reason,” Litt said. “He made a big impact on my life.”

Litt, who moved from Orange County to Redlands in 2008, met Witham through mutual friends. 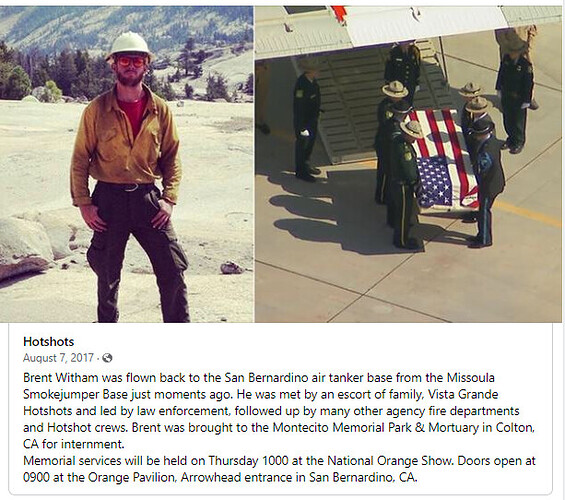 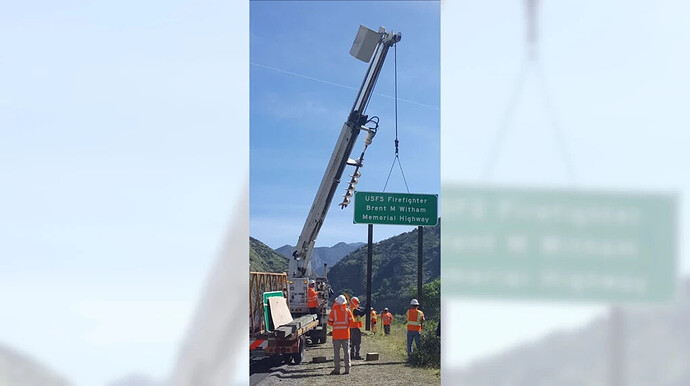