40x40 spot called in by a strike team headed up hwy 70. Area of Dixie Rd and Camp Creek Rd, under the power lines and reportedly visible from the highway. Difficult access and engines still responding. Yes, that is generally the same area that the Camp Fire started, but thankfully wind conditions are pretty light today…

Air Attack says fire is now approximately 2 acres. Keeping the tankers for a while longer and thinks the copter can make quick work of it.

Still trying to make ground access. Might use Copter 902 to drop in some firefighters while they work on engine access. Fire is still holding at 1-2 acres and they have it wrapped with retardant.

If you’re not familiar with the area, it’s very rugged and steep- mostly just a loose network of OHV and logging roads.

Is camp creek road not maintained at all? Sounds like a all hike in incident

Camp Creek Rd wasn’t passable in 2018 either, which hampered the initial Camp Fire access to the fire. Difference being there aren’t 60-70 MPH NE winds right now.

Of course an unauthorized drone popped up over the incident so air attack and Tankers released a little earlier than planned for the night. Air Attack said fire looks good. Firefighters are still hiking in for ground access.

I haven’t been up the roads on the hwy 70 side of the system in a long time, but they have always been exceedingly rough. Sierra Pacific rep said the roads would be inaccessible for engines and a few engines that attempted it found that to be the case. The 300 U Line, a logging road, was discussed as a potential access point for vehicles or a short haul drop point a few times, but I have been in and out of listening to my scanner so haven’t heard if engines have attempted it yet. From the Philbrook Resevoir side, those roads are barely accessible by 4wd pickup truck up to Spring Valley Lake and only off road vehicles beyond that. I am not sure about the current access conditions from Concow area or hwy 70. It’s going to be a long night for those folks! Thankfully the weather is a little cooler than it has been and the winds are expected to stay relatively mild for that area. Sounds like the tankers and 902 were able to secure it pretty well. 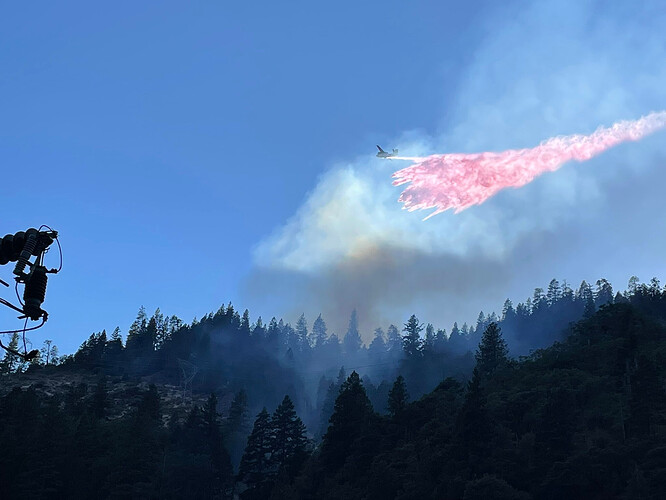 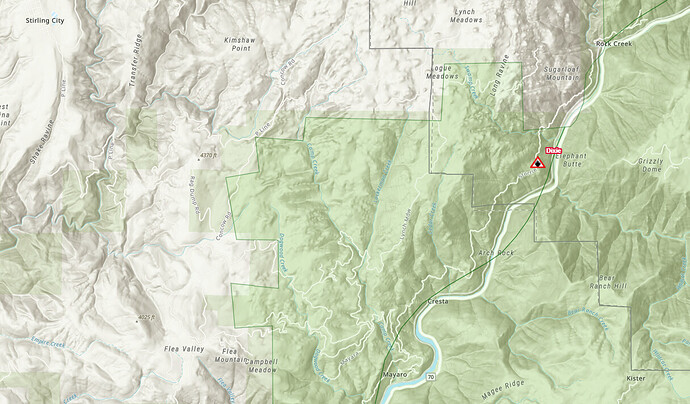 It is much cooler here tonight and just a hint of a breeze… But just the thought of another fire coming up the canyon is sort of troubling. Don’t smell smoke yet. last I heard it was holding at 2 acres… Impossible country to get access to…

Fire has jumped some road (did not catch the road name) and moving out somewhat, engines are repositioning in case they need to bug out, does not sound real great at the moment.

Flea Mtn has it

20 acres with isolated torching. Potential for 200.

2 additional dozers for a total of 4.

Talking about having to walk dozers in several miles.
Trouble engaging, due to poor escape routes and no safety zones. Hoping to get the dozers working so they can create some safety zones and escape routes.

Jarbo Gap is picking it up now 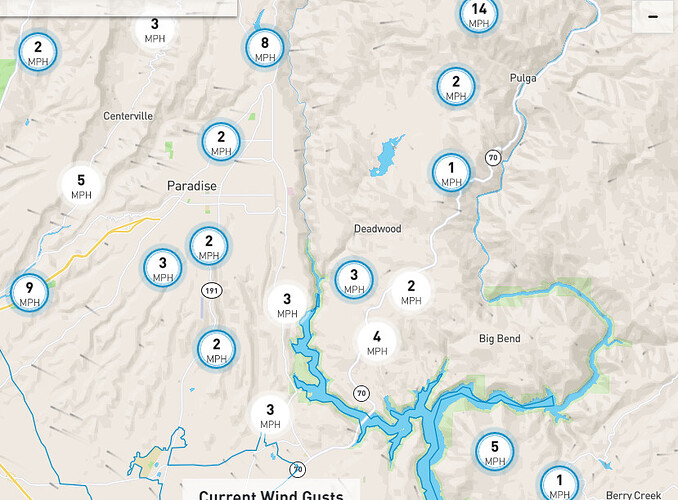 This is some rough country, steep , loose rocks and zero decent access. I know they did a lot of work up above there when the Bear Fire took a run at hwy 70 at about the same place. hopefully the work done last summer is some help now

realtime weather at flea and jarbo cameras, updated every 20 seconds…

#DixieFire (Jarbo Gap, Butte Co) - The fire is approx 30 acres now which includes 8-10 acres below the road & 15-20 acres burning above the road per radio traffic. 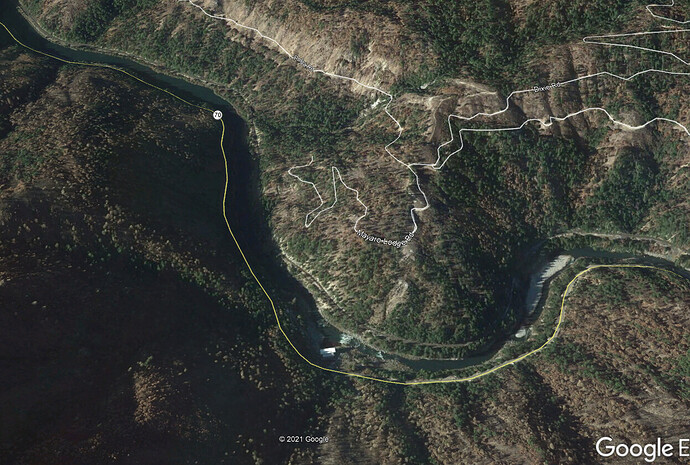 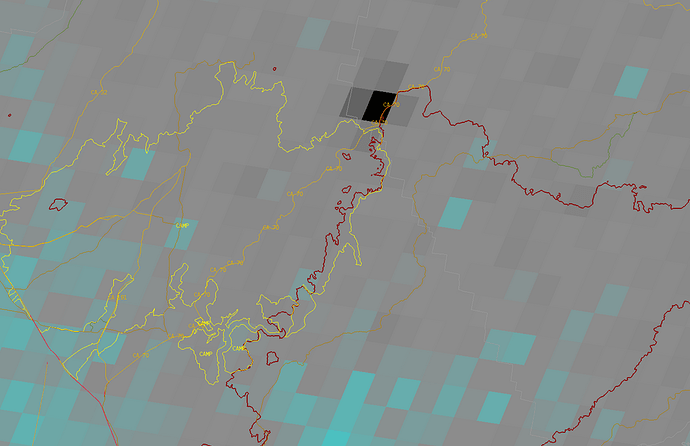 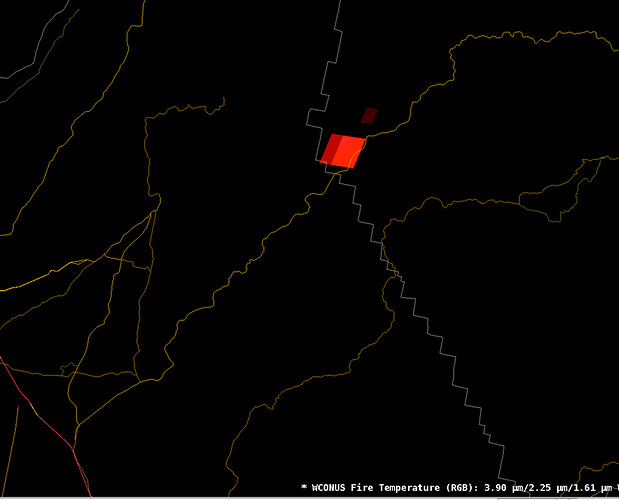 5:30 am radio traffic on report of conditions: “approximately 100 acres, MROS, short range spotting and notify PGE that powerlines will be threatened”. A road was also mentioned that fire was approaching but couldnt make that out.

The King fire in AEU was almost the same scenario. It had retardant around it, hung up in a river canyon, and the nightly down canyon winds took over after sunset.

Last year on the BTU-North, we put in over 25 miles of contingency line from Jarbo Gap up to the Forest boundary above Stirling City. The lines were put in with cooperation and consulting SPI. Cleaned up a lot of left overs from the 2018 Camp Fire and connected the dots. Used the 300 U line for a portion of the line and followed the the PG&E Power Lines and improved what they had already done. But those contingency lines stop in the WNW at the LNF boundary. Lots and lots of down timber from the Story Fire, not to mention the grass and shrubs regrowth from the Camp Fire. VERY UNFORGIVING TERRAIN stay safe LCES

On the right side you can see the PG&E power lines that we used as part of the contingency. The Red line on the left was the travel route from The DP to work daily. The green were repaired lines from the Camp and North fires. Transports couldn’t get any further than the DP so it was a 2 day walk out when we finished on the main line. Water was a long haul from what few creeks had water. I can only imagine how bad it is this year.