Got smoke check goin out in the @Stanislaus_NF near one of the lightning strikes earlier.

They got a few strikes on the forest. Right now Cal Fire and STF are checking the Sour Grass area and Dry Meadows area for smokes. When the weather breaks they will most likely get aircraft up for recon. Also have an active cell towards Jamestown/Moccasin area but have a hill in my way. Don’t know if they are hitting the ground. We did get wetting rain here in Sonora and above. 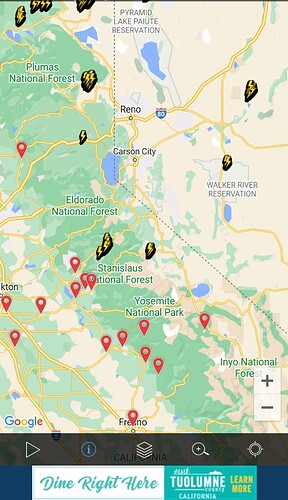 Yeah I’m up here in Soulsbyville… A lot of thunder and a power flicker earlier plus rain for @15 minutes. Smells great now

All other smoke checks water dogs 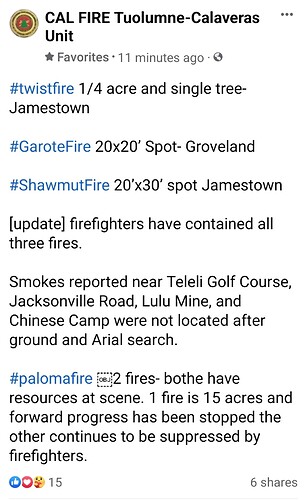 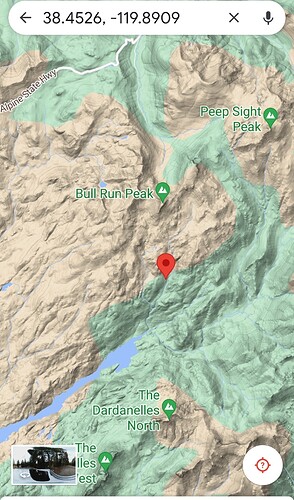 3 have been upgraded to “wildfires”

Haven’t found any updates regarding them yet

FIRE UPDATES - Over the last few days, Mother Nature has thrown a lot at the forest and our fire crews have responded! Here’s a small accounting of the fires we responded to and suppressed.

GEM FIRE – At approximately 4:15 p.m.6/21 Wilderness Rangers reported a small fire burning at the base of a tree above Gem Lake. The Rangers immediately dug fire line around the tree, stopping the fire’s spread, and doused the burning vegetation with water until the area was cool to the touch. The Wilderness Rangers returned the next day to verify the fire was out. Pictures were sent to a fire investigator to determine the cause of the incident. Fire was called contained 6/23.

Moran Fire – Crews responded to a vegetation fire, that was determined to be from a lightning strike, near Lake Moran in the Calaveras Ranger District. No control issues detected and the fire had a low rate of spread – 2 fire engines, and a 10 person crew contained the fire yesterday, 6/23. Friday, 6/24, firefighters continued mop up of the fire.

Run Fire – Near Bull Run Creek in the Carson-Iceberg Wilderness Area. Reported on 6/23, as a single tree torching, at approximately 5:30 p.m. by Air Attack flying a lightning recon of the Stanislaus National Forest. Friday, 6/24, fire crews were inserted by helicopter near the East end of Spicer Meadow Reservoir, and are hiking in to begin initial attack. As of 3:05 p.m. 6/24 resources are on scene and beginning line cutting operations. Thus far, 1/4 burned and slow rate of spread.

Slick Fire – 6/24, single tree torching caused by lightening strike in the Utica Reservoir area. Crews are still working on this fire but no structures are threatened, low rate of spread, and no expected containment problems. Currently 10 fire personnel are assigned.

More T storms across the SNF and I’d imagine the STF. Fingers crossed for little to no downstrikes

And more predicted for today. Waiting to see what sleepers pop up