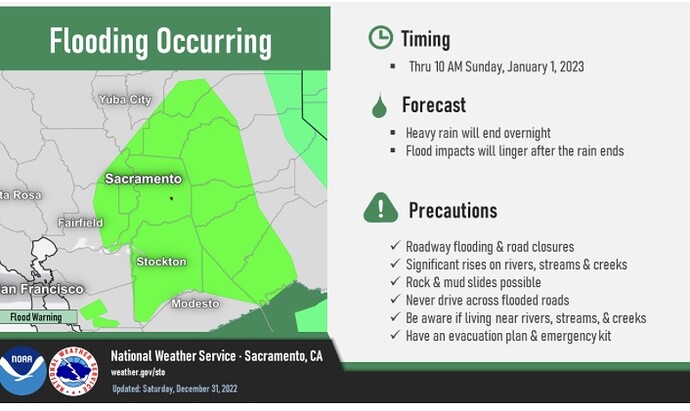 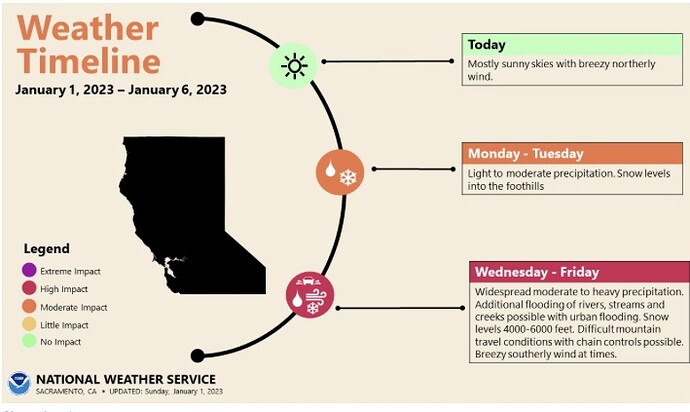 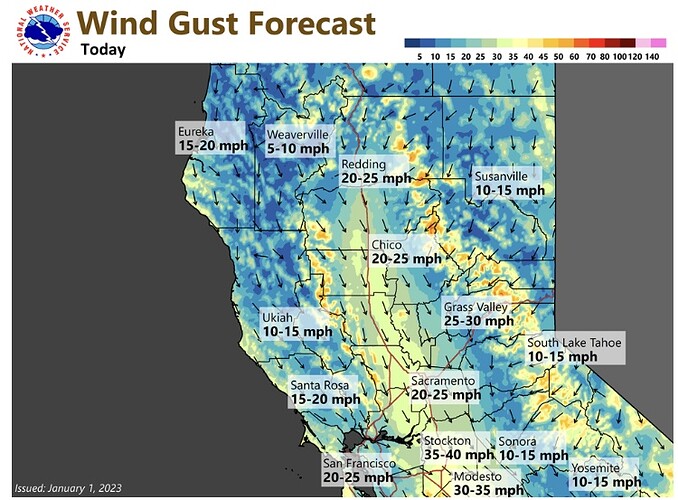 The Motherlode a freaking mess with all that rain. We received 5.50" in the last storm. Bringing us to 15.25 for the year at our house in Sonora. On Friday my kid got 5.35 at Twain Harte in 24 hours. 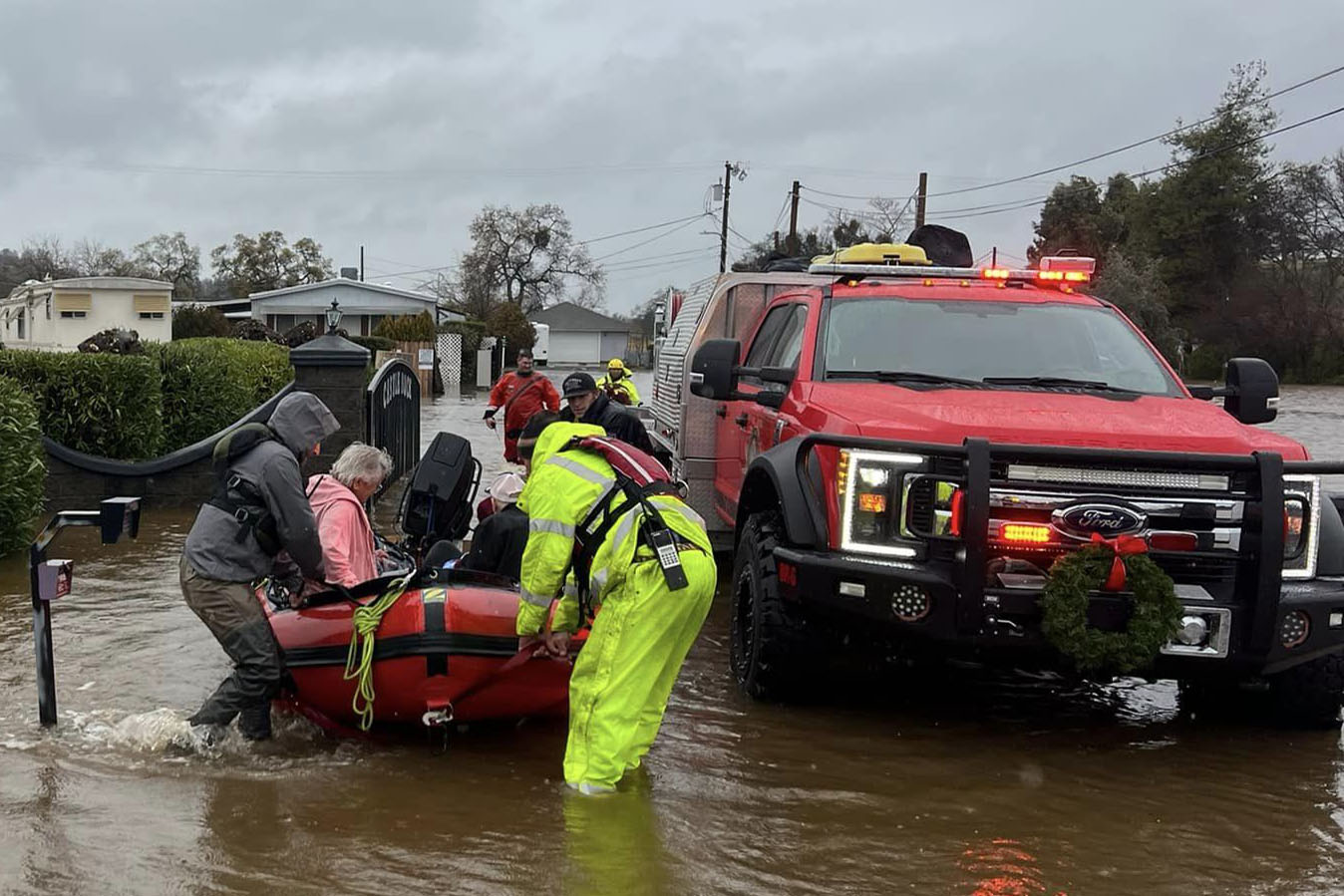 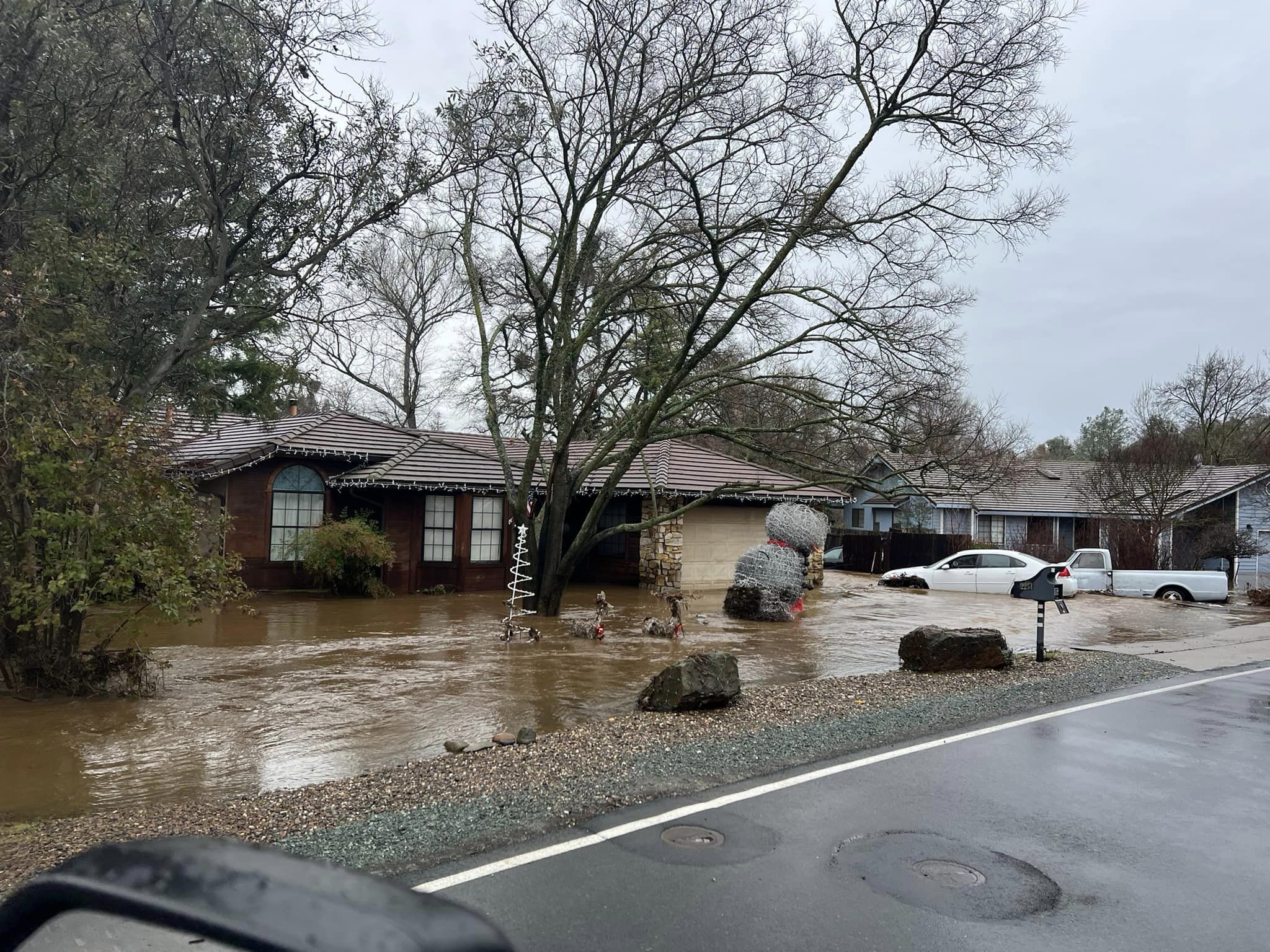 An atmospheric river, similar in strength or stronger than the New Years Eve storm will spread heavy rain across the region as early as Wednesday through Thursday. Early forecasts show widespread 2-4 inch rainfall totals in the lower elevations with 3-6 inches in the hills while the wettest peaks of the North Bay, Mt Tamalpais, Santa Cruz Mountains and Santa Lucia Range could see 8-10 inch rain amounts with this atmospheric river. Given the saturated soils and recent rains we can expect rapid responses on smaller creeks with quick rises on the mainstem rivers Wednesday through Friday. This system will result in an increased risk of mudslides and debris flows across the region and especially over recent wildfire burn areas. 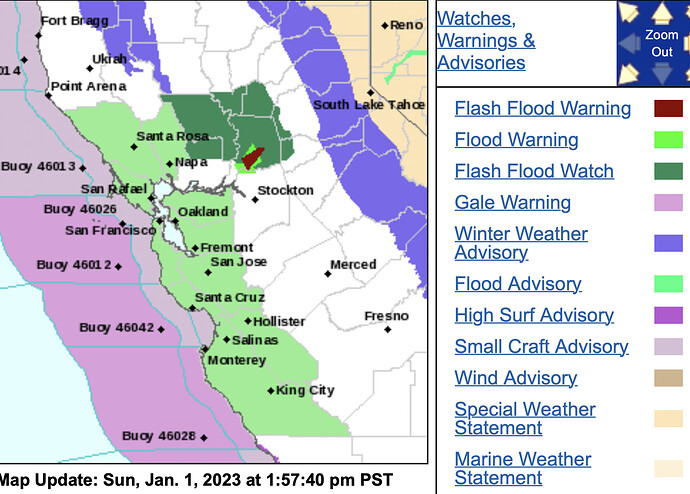 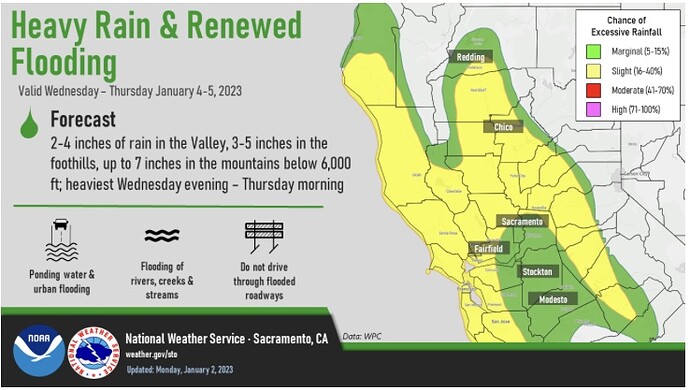 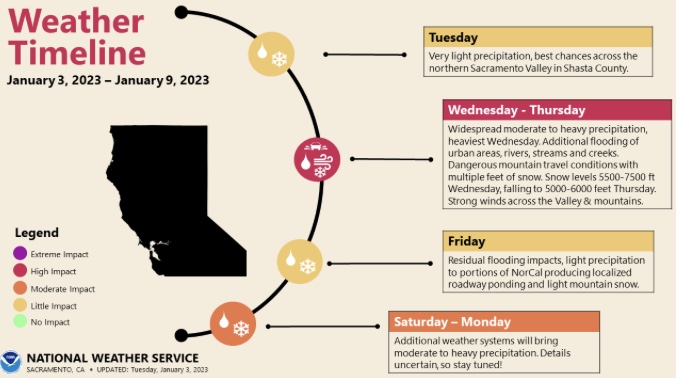 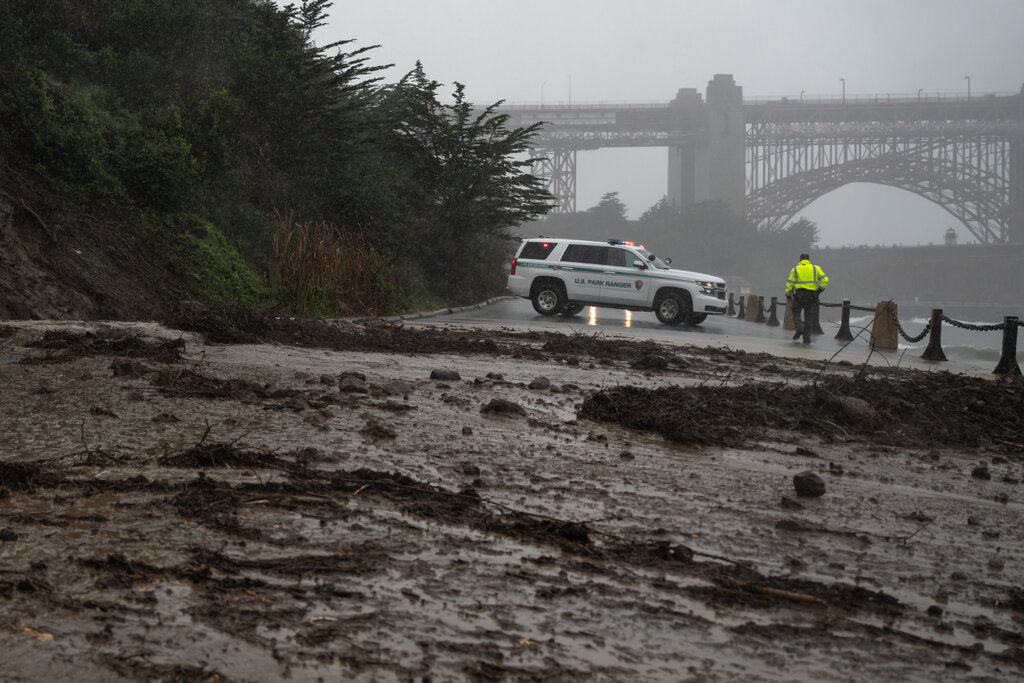 California Scrambles to Recover From Storm Before the Next One Hits

A weather event known as an atmospheric river dumped snow and rain across the state, causing flooding and landslides and killing one. 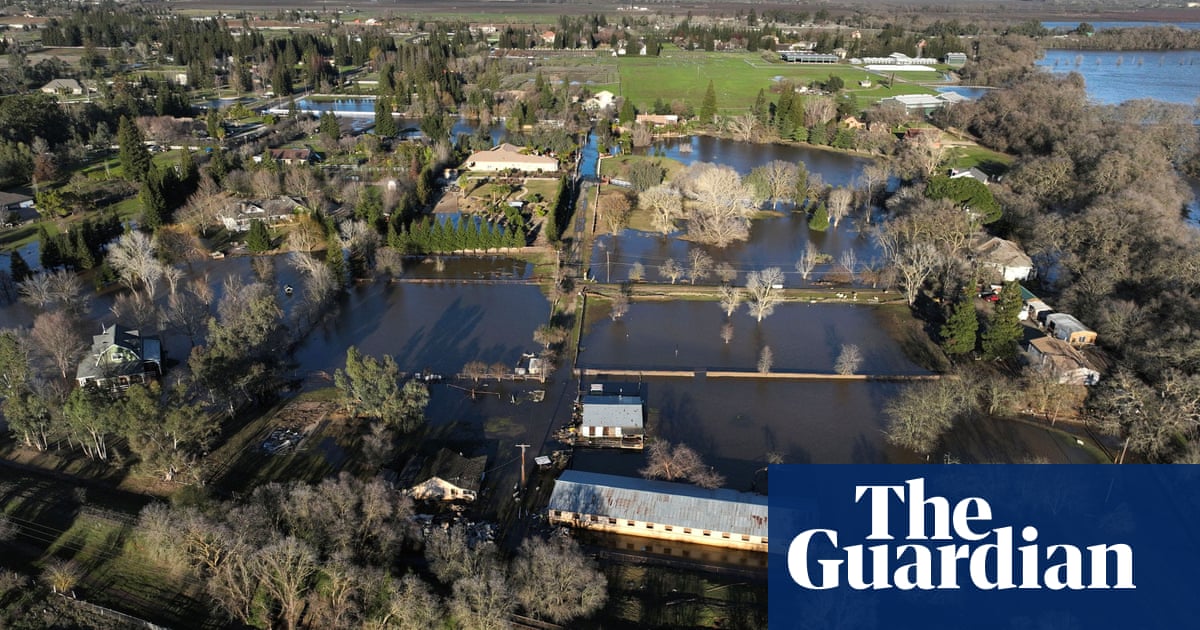 Wet antecedent conditions set stage for future flood risk There's so much going on at the moment this section is going to be shorter than recent events would usually justify, but here... 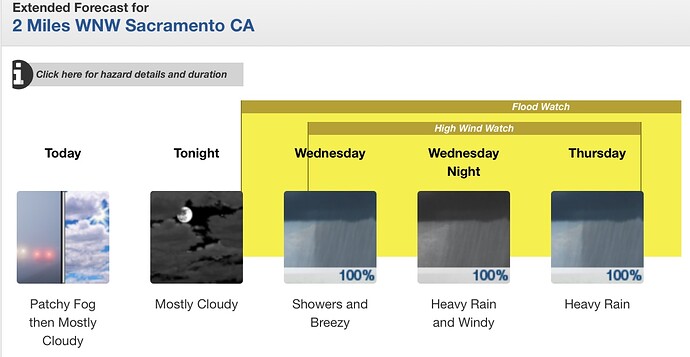 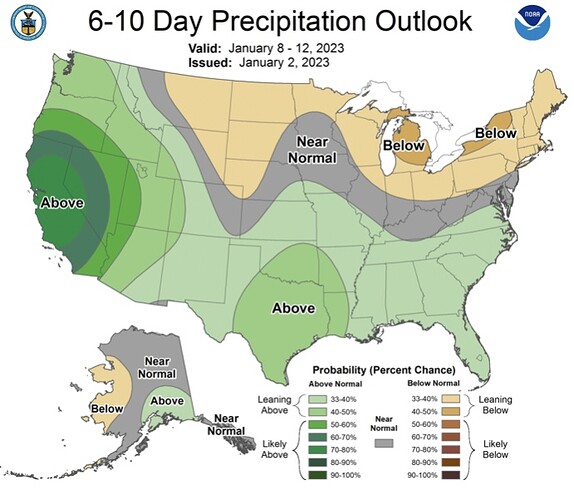 I’ll be livestreaming on The Lookout YouTube at 7pm about the geography of the Sacramento River flood protection system. We’ll look at the system of levees and weirs on the Sacramento River built to keep floodwaters out of urbanized areas. #castorms #cawx https://www.youtube.com/c/TheLookout1

'Fire in the hole': California crews scramble to blow up boulders on highway...

Explosives experts made quick work of clearing a few boulders off a highway near South Lake Tahoe, California. Officials scramble in the calm before the storm as another atmospheric river-fueled storm plows towards the state. 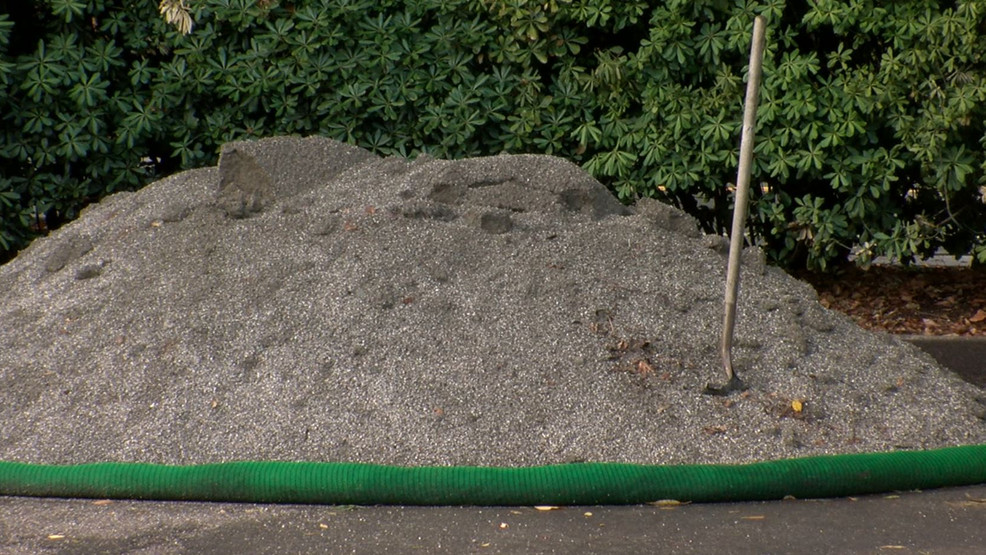 Northern California deals with aftermath of weekend storm while preparing for...

Northern California on Tuesday continues to deal with the aftermath of the New Year’s Eve storm that brought heavy rain and strong winds, all while preparing for another strong system expected to arrive on Wednesday. 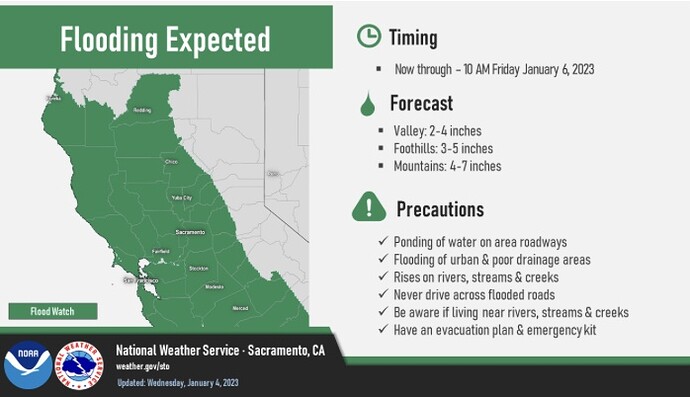 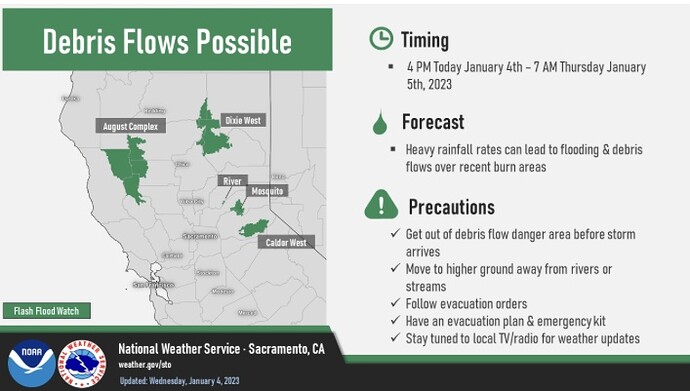 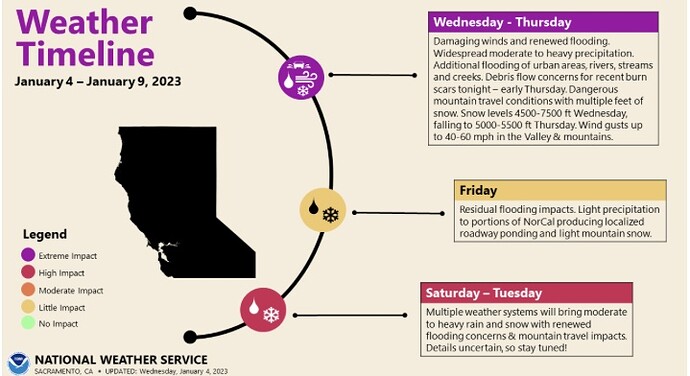 Incoming… Baton down the hatches. I wish I knew where my anemometer is.

I’m up on a ridge above the NW side of Sonora. We catch a lot of wind here.

A rather rare occasion in NorCal. A USAF Hurricane Hunter has just landed at Mather at 1515 hours. 995309 (Lockheed Martin WC-130J Weatherbird) took off from Gulfport, MS about 6 hours ago. 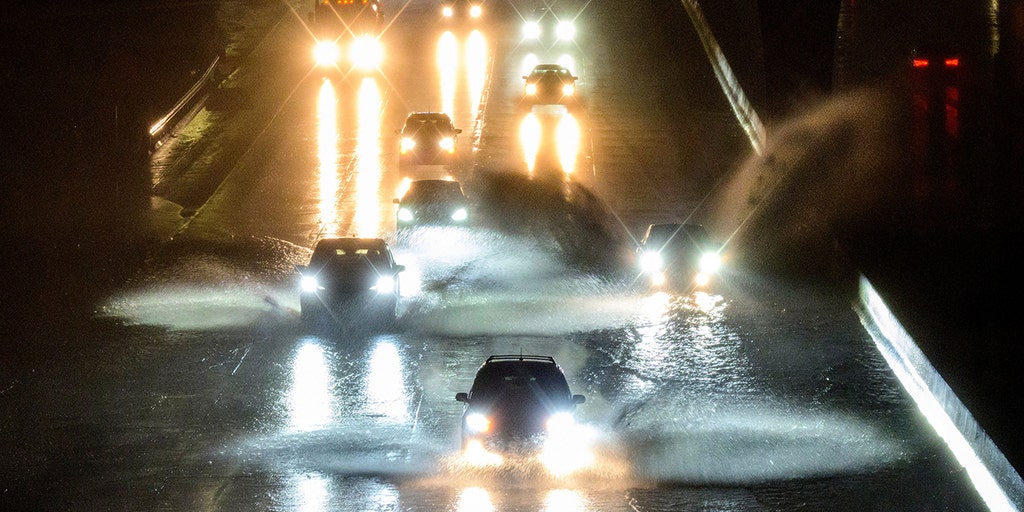 Just days after a record-breaking storm brought significant rain, widespread flooding and significant mountain snow to much of California, another, perhaps even more powerful, double whammy of an atmospheric river bomb cyclone is blasting the region... 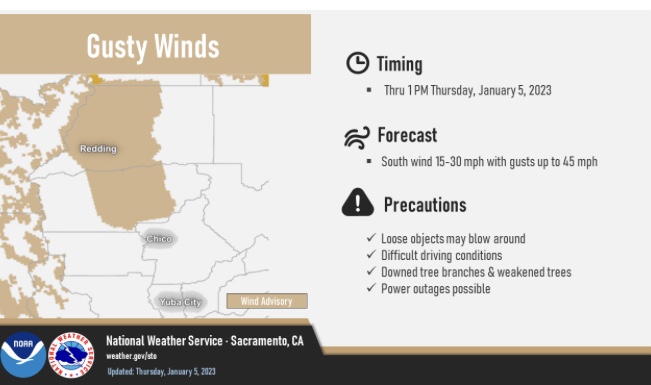 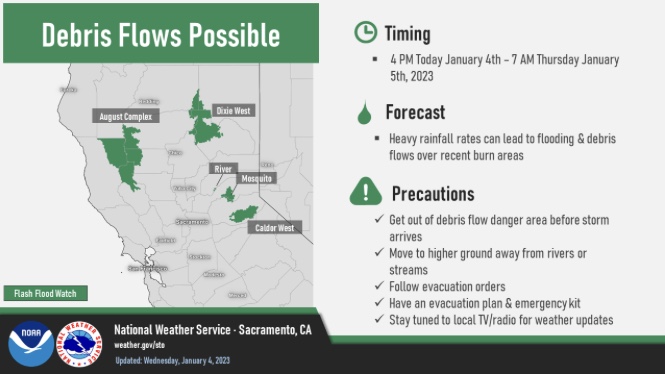 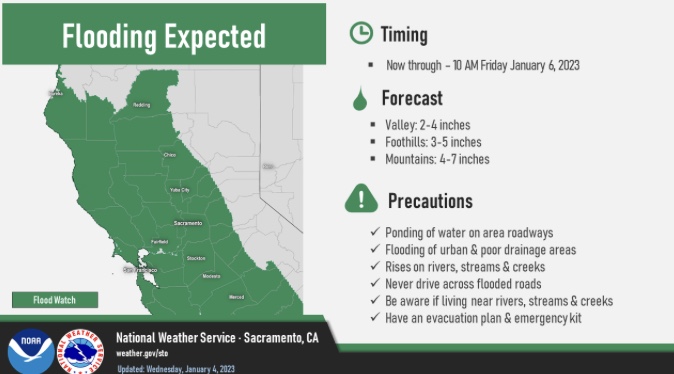 Over the next 7 days, several waves of energy are set to create atmospheric river conditions in the West. WPC’s QPF product shows widespread 5+" rain accumulations over 7 days! With each upcoming event, highly saturated soils create concern for flash flooding across the region.

According to officials, Capitola Village and low lying neighborhoods along Soquel Creek are now under an evacuation order. 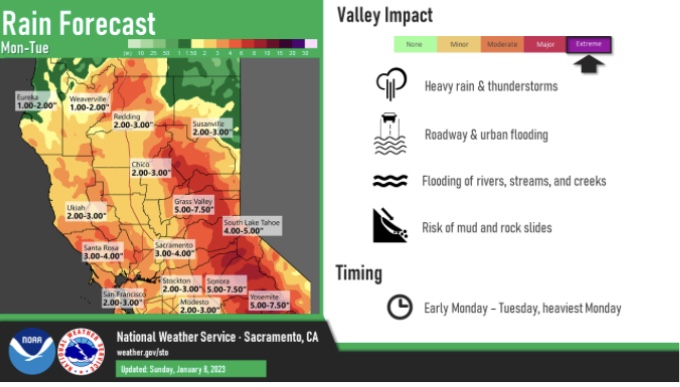 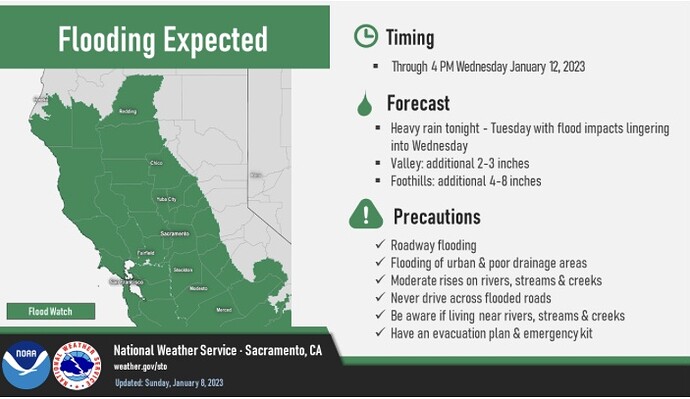 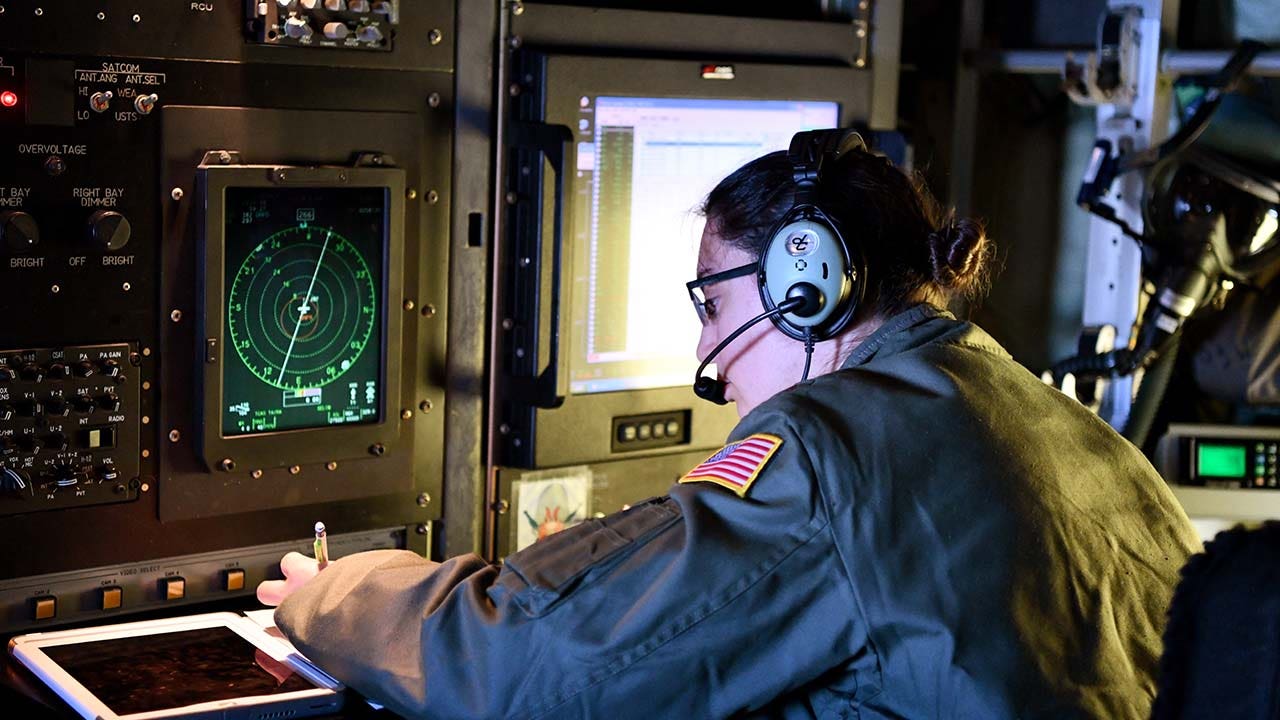 It may not be hurricane season, but Air Force and NOAA aircraft are still busy collecting data over the Pacific from November to March.

WET!!!..and more WET…ground is maxed out and reservoirs are rising.

Millerton rose 32,580 acre feet since 11:15am yesterday that would have been closer to 50,000 acre feet if reclamation didn’t start releasing water Friday. Made for a wet day recovering docks today. 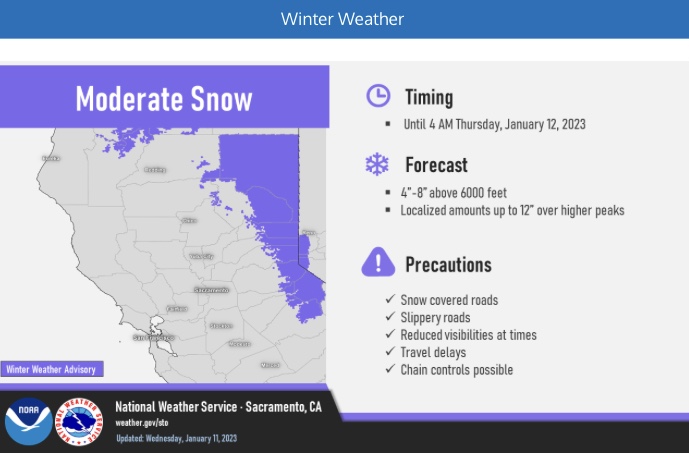 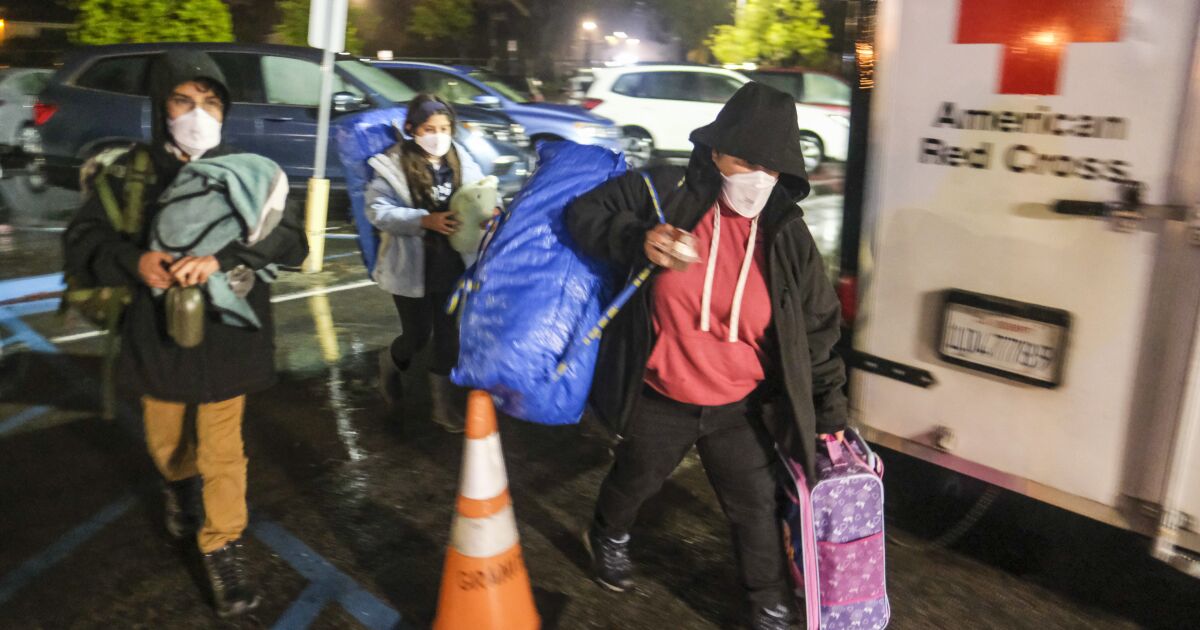 Crushed by falling trees. Drowned in floodwaters. The deadly toll of...

In an age of extreme weather whiplash, deadly California storms are testing the state's flood infrastructure and its emergency response systems.