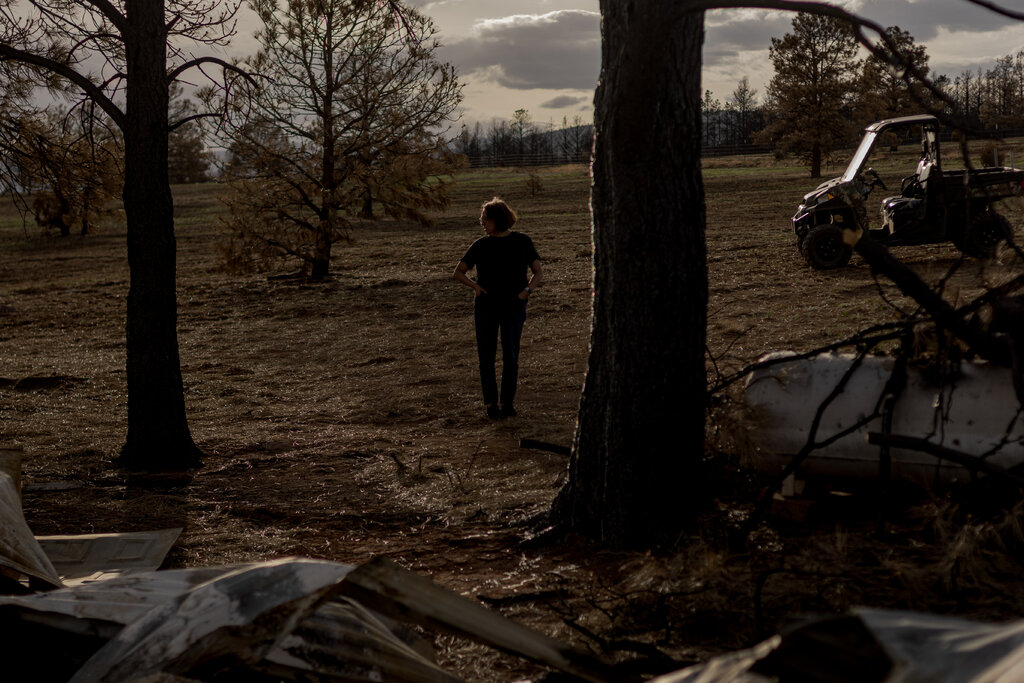 The Government Set a Colossal Wildfire. What Are Victims Owed?

Two prescribed burns got out of control, becoming New Mexico’s largest recorded wildfire. But despite the backlash, experts say it’s necessary to thin forests in a region primed for destruction.

In an 80-page review, the agency states missteps by its employees in setting prescribed burns led to explosive wildfire 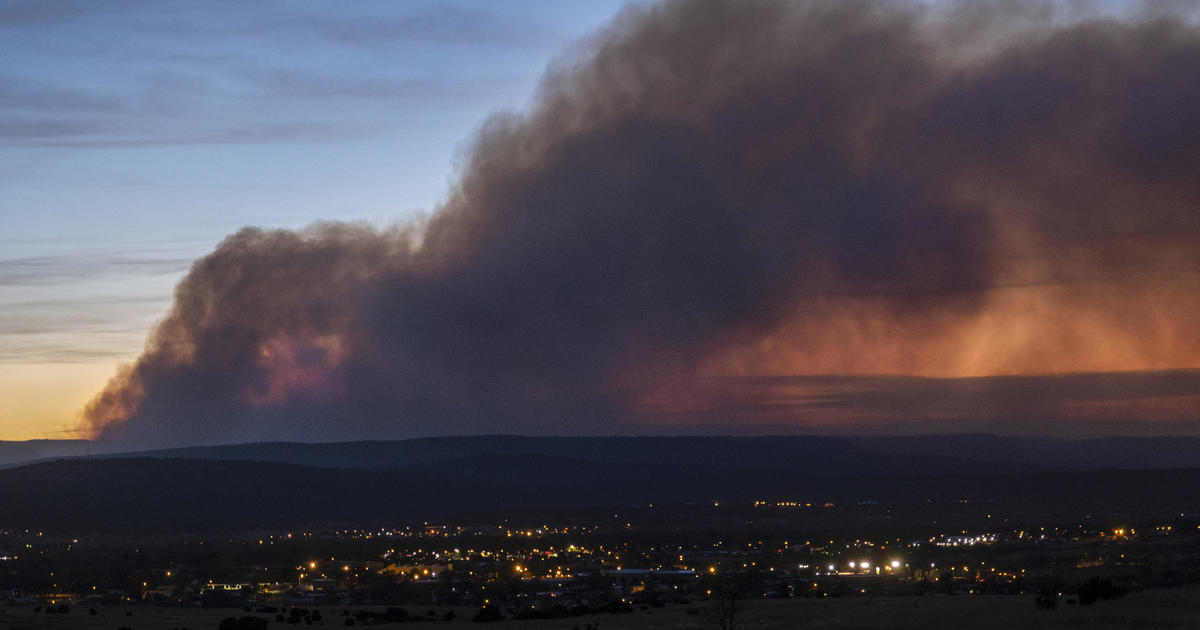 The U.S. Forest Service said Tuesday that employees made grave errors while planning the intentional burn that grew into the largest wildfire in New Mexico's recorded history.

I look forward to reading the review once it becomes public.

My Perspective on the CA-YNP-Washburn Fire in Yosemite National Park from available data:

On July 7th, Hikers reported smoke to the National Park Service near the Mariposa Grove of Historic Cedar Redwood Trees above the South Fork of the Merced River Drainage. Much of the fire appears to be accessible to hand crews and likely engines and dozers from the get-go. Reports were that one engine and one fire hand crew were on the fire the first day (probably a few more). Multiple helicopters and air tankers dropped water and fire retardant until sunset on day one. The fire was estimated to be only 7 to 10 acres by nighttime.

This area is suffering the 4th year of drought, the fire began in slightly elevated fire weather conditions in an area with a long history of fire exclusion. The opportunity to stop the spread of this fire and subsequently fully contain it was by far the greatest this first day and an outside chance the second day. Please ask anyone with wildfire experience if you doubt me, fire retardant or water dropped from the air is not a fire line in heavy fuels. The proper use of air attack from helicopters and airtankers is to slow the spread and cool the fire to allow boots on the ground to line the fire to stop it, hold the lines and finally control it. A difficult orchestration to do safely but it can be done In this case there were no boots on the ground or almost none.

Day two of the fire, same suppression action, nearly all from the air, the fire chewed through the retardant dropped from the air and went on its way being slowed for a short period. The fire managed to grow significantly to several hundred acres, established into the very steep Merced River Drainage. The stage was set for a fire likely to burn for the remainder of the summer

Day three the fire grew in size and intensity. The NPS announced dozers would be used but only to construct lines around Wawona Village. Small resource orders went out for engines and crews.

By the third day various discussions began about Federal Fire Agencies level of urgency toward Initial Fire Attack. NPS and others are doing everything possible to reintroduce fire into the ecology a very sound policy at the right time place and under favorable conditions, this fire meets none of these three criteria and is not a natural fire. Make no mistake about it this is not the right time, place or proper burring conditions to apply such a policy (my opinion). Time, the beginning of the heart of fire season, Place, an area suffering multi-year drought with no recent fire history and Conditions, moderate to elevated fire weather with assuredly extreme periods of fire weather to come in the life of this fire. Maximum aggressive effective initial fire attack to keep fires as small as possible is the only responsible policy for the time, place and conditions.

The policy choice to allow this fire to burn and establish as a large heavy fuel timber fire has numerous effects that fire managers are required to consider in the first hours of this and all fires. Some are:

This recent information from the fire is rather alarming in that it brings into question what if any of the policy of reintroducing fire has on the objectives, strategy and Tactics being employed. The phrase “Managed for Full Suppression” is nonsensical. “Moderate Fire Behavior” when you are observing “Long -range Spotting, Group Torching and Backing” these are all associated with Extreme Fire Behavior”. Day five very minimal fire growth was reported, and this does not appear to match the intensity of the smoke columns seen on Firewatch cameras throughout the day yesterday and there was no mention of correction due to more accurate mapping. Is there an attempt to present this fire in a more positive light than the facts on the ground indicate? These issues must be addressed immediately and in a transparent manor by the Park. Simply being offended for asking must not provide a shield for these very serious issues.

The die is cast, and we must live with the consequences of this policy application. I ask everyone to join me in praying for the safety of everyone involved in this fire fight and all of those who are and will be effected.

Very well said, I hope everyone that are posting in the Q & A about this fire pops over and reads this

I think you are correct in highlighting the benefits. This is important. I’d like to propose an item for consideration. We currently have available resources, but what happens if/when another fire occurs and the YNP has to share assets and those resources that would have been used for management, are no longer available due to the higher prioritization of life/property threat. There is no great answer to this, as management and suppression both have there places. I think it does boil down to timing, and assets at risk, along with available resources, not to mention media influence and political concerns. Zeke brings up great points and sound goals. I’m just saying there’s a lot to consider, but I do agree that we need to listen, not wait our turn to speak, when it comes to suppression and management discussion. We may actually understand each other, just….a little bit better.

Its not fair to the citizens who pay taxes to support a managed fire. If AHJ’s want to do that, they should prepare it and staff for it… then once it occurs… allow it to happen. If you were on Reading you know what happened( I was).
Suppression does work 100% of the time… hence the reason we do not have fires still burning.

I support the plan

The RX windows and in-season windows we don’t take advantage of we aren’t going to get back. We have to stop pretending there is a “no fire” option. Everything burnable is going to burn and the way it’s been going, it will burn under the worst possible conditions. Really appreciate this analysis and viewpoint Zeke

Citizens pay the taxes that staff the AHJ’s, so…

And historically some agencies have red tape issues that all but prevent realistic burning. Accidental and natural fires create opportunities that can result in beneficial burning.

Citizens don’t pay taxes to support a managed fire in a NP. The point is not if managed fire is valid, its when it is valid.
On “your” property you can do what you want, you can own a dog that eats chickens. What you cannot do is own a dog that eats chickens and have no fence and then tell all your neighbors that they better build a taller fence so your dog does not eat their chickens and then tell your neighbors once your dog starts eating their chickens that they need to come and help you build the fence. That is not how life is supposed to work.

Sorry but we pay taxes to the government to manage the Forests and NP’s to the best of their ability. Whether it is with fire or without. If we don’t like the way they are run we have to turn to politicians and vote in the ones who will make changes to your liking. That is where the problems can be corrected. Unfortunately… Bureaucrats don’t always do what is best for nature, it’s what is best to keep their jobs.

How about we move this convo over to Prescribed Fire in current climate reality?

National Park employees work for the federal government where just about everything done at that level is paid for by taxes so can’t follow your reasoning there.

Maybe I’m being a little thick but your fence story makes no sense at all toward prescribed burning.

Can we please get back to the FIRE

Never mind, I take it all back!
https://www.alertwildfire.org/region/sierra/?camera=Axis-Deadwood

Like I said in my science fiction post, though, we were going to keep our in-season burn out of the Canyon. :^>